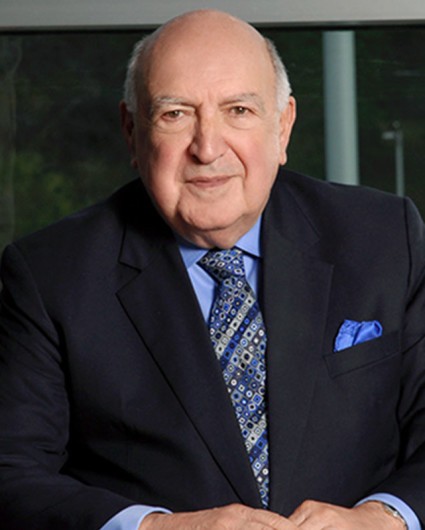 Frank DiBello, Space Florida President and CEO, was selected in May 2009 to lead Space Florida, which is the principal state agency for aerospace-related economic development, and the Space Authority for the State of Florida. In his position, he develops and executes programs designed to attract, retain and grow aerospace business across the state. Additionally, Mr. DiBello focuses on Florida aerospace workforce development and retention as well as international partnership development.

Mr. DiBello served on President Reagan’s Private Sector Survey on Cost Control, also known as the Grace Commission, and was responsible for management of the teams reviewing the Departments of the Army, Navy, Air Force, Office of the Secretary of Defense, and NASA. The Commission produced recommendations on ways to save $424 billion of waste in the Federal Government over three years. For his service to the Nation in this Commission, he was presented with a Presidential Citation.

Mr. DiBello formed SpaceVest, a Venture Capital Firm focused on investments in companies taking defense and space technologies to commercial applications and markets. He later served as President and CEO of Constellation Communications, International (CCI), which held an Iridium-class license from the FCC, where he planned and raised the financing for a global satellite network for mobile broadband communication services.

Prior to Space Florida, Mr. DiBello was President and CEO of Florida’s Aerospace Finance Corporation (FAFC), established by the Florida Legislature to assist financing the infrastructure needs of new and established companies for the aerospace space, and aviation markets.

Mr. DiBello has been involved in multiple civic, social and industry volunteer organizations. He founded the Washington Space Business Roundtable and was appointed to serve on a number of critical defense and space commissions and committees. For his work as President of the Board of the USO Metropolitan Washington, he received the Medal for Distinguished Public Service, the Department of Defense’s highest civilian honor.

Mr. DiBello has taught at the Defense Systems Management College and International Space University. He received his Bachelor of Science in Mathematics from Villanova University, and did graduate work at American and George Washington Universities.