Jet-A fuel will be available for aviation and spacecraft that use the LLF for commercial spaceflight operations and aviation activities. 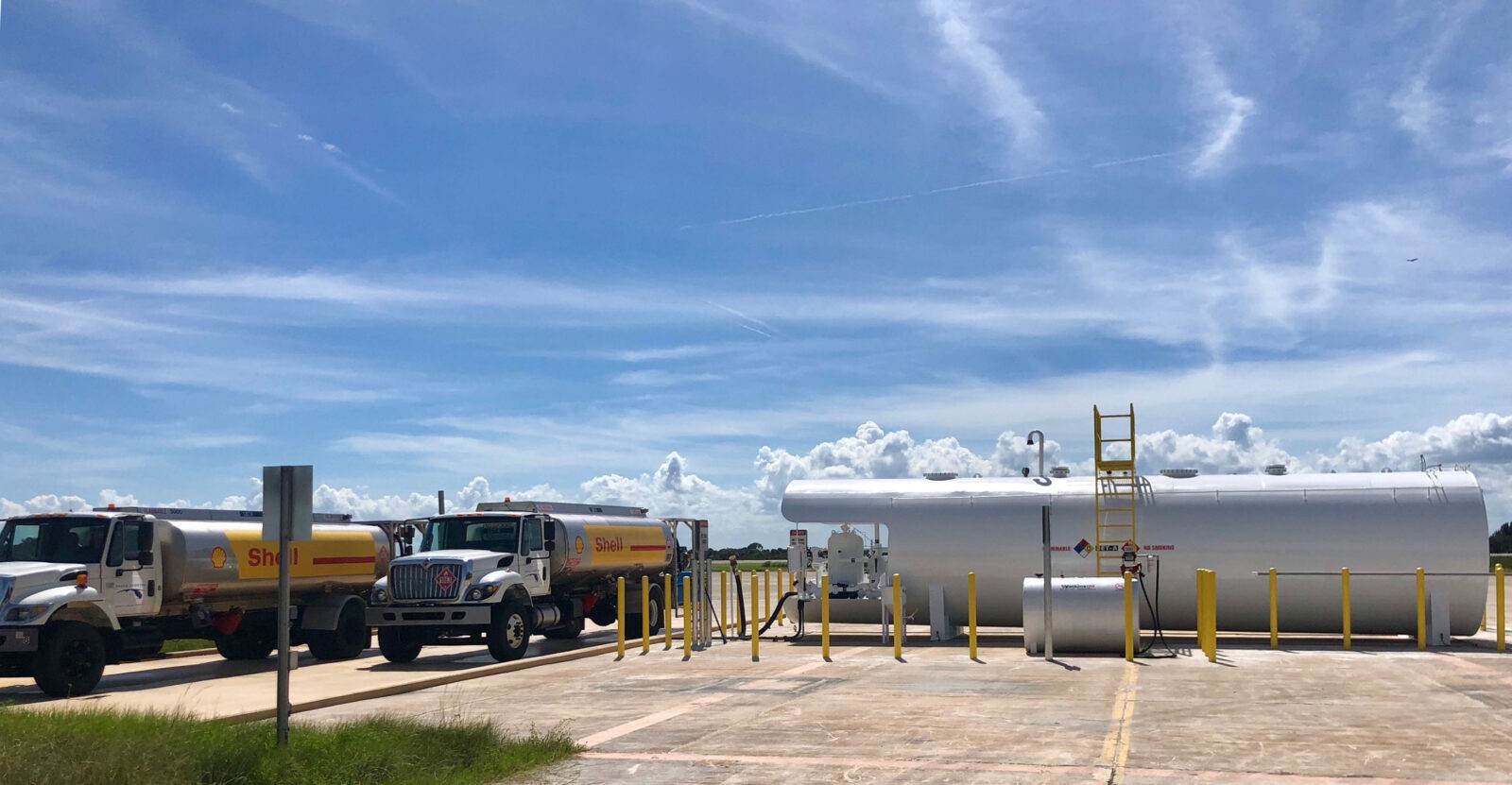 CAPE CANAVERAL SPACEPORT, Fla. (September 17, 2018) – Space Florida has increased capability for its Launch and Landing Facility (LLF), announcing the addition of a fuel farm. For the first time in the LLF’s history, Jet-A fuel will be available for aviation and spacecraft that use the LLF for commercial spaceflight operations and aviation activities.

In 2017, Space Florida, through a competitive selection process, awarded the contract for fueling to Eastern Aviation Fuels, Inc. Construction of the Jet-A fuel storage facility was awarded to RUSH Construction, Inc.

“We are excited to have a presence at LLF where our Shell Aviation customers will receive the highest level of service,” said Robbie Stallings, President of Eastern Aviation Fuels. “The addition of the fuel farm is an exciting step forward for Space Florida and we are proud to be a part of it.”

Using the two 5,000-gallon fuel trucks, Space Florida sold 132,000 gallons of fuel at the LLF between August 2017 to June 2018. Prior to 2017, fueling at the LLF was limited to government aircraft and not available to commercial customers and partners.

The LLF is registered as a private-use airfield under Florida Administrative Code 14-60, and permissions from Space Florida are required prior to use.