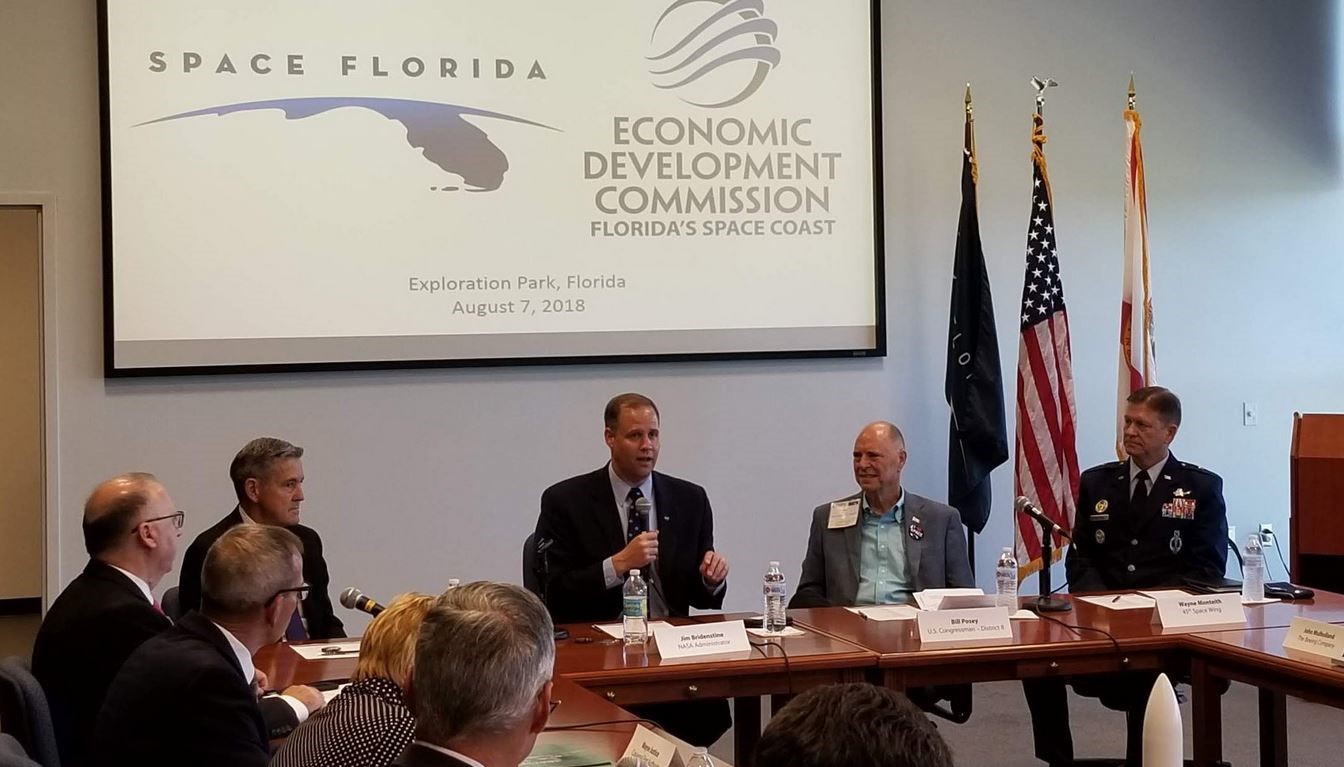 Representatives from aerospace companies discussed the significant role Brevard County and Kennedy Space Center hold in future aerospace programs. The roundtable consisted of an open dialogue bringing awareness to the aerospace industry on the Space Coast and outlining the support needed to remain competitive.

With the diversification of the aerospace industry over the last decade, not only can companies launch rockets from the Space Coast, now they can also perform engineering, manufacturing, assembly, testing, and landing of their spacecraft from this convenient location.

“The future of the Kennedy Space Center is vastly changing as new technologies are developed and milestones are reached within the industry. Today’s roundtable is one of many steps we are taking to open the door to a meaningful dialogue with NASA Administrator Bridenstine,” stated Lynda Weatherman, president & CEO, Economic Development Commission of Florida’s Space Coast. “The EDC and this county will continue to work closely with NASA and our industry partners to ensure discussion continues with leadership.”

“Today’s industry roundtable with Administrator Bridenstine was a valuable tool to listen to programs, progress, challenges and opportunities for a future renaissance in space,” said Space Florida President Frank DiBello. “Florida’s ability to partner in enabling infrastructure for that renaissance will free up much-needed NASA and Air Force resources so that they may focus on their primary missions of space exploration and the nation’s defense. This state looks forward to partnering with NASA, the Air Force and the FAA in bringing state and private sector capital to the future development of needed spaceport infrastructure.”

Panelists participating in today’s roundtable include:

About Space Florida: Space Florida was created to strengthen Florida’s position as the global leader in aerospace research, investment, exploration and commerce. As Florida’s aerospace and spaceport development authority, we are committed to attracting and expanding the next generation of space industry businesses. With its highly trained workforce, proven infrastructure and unparalleled record of achievement, Florida is the ideal location for aerospace businesses to thrive – and Space Florida is the perfect partner to help them succeed. www.spaceflorida.gov.