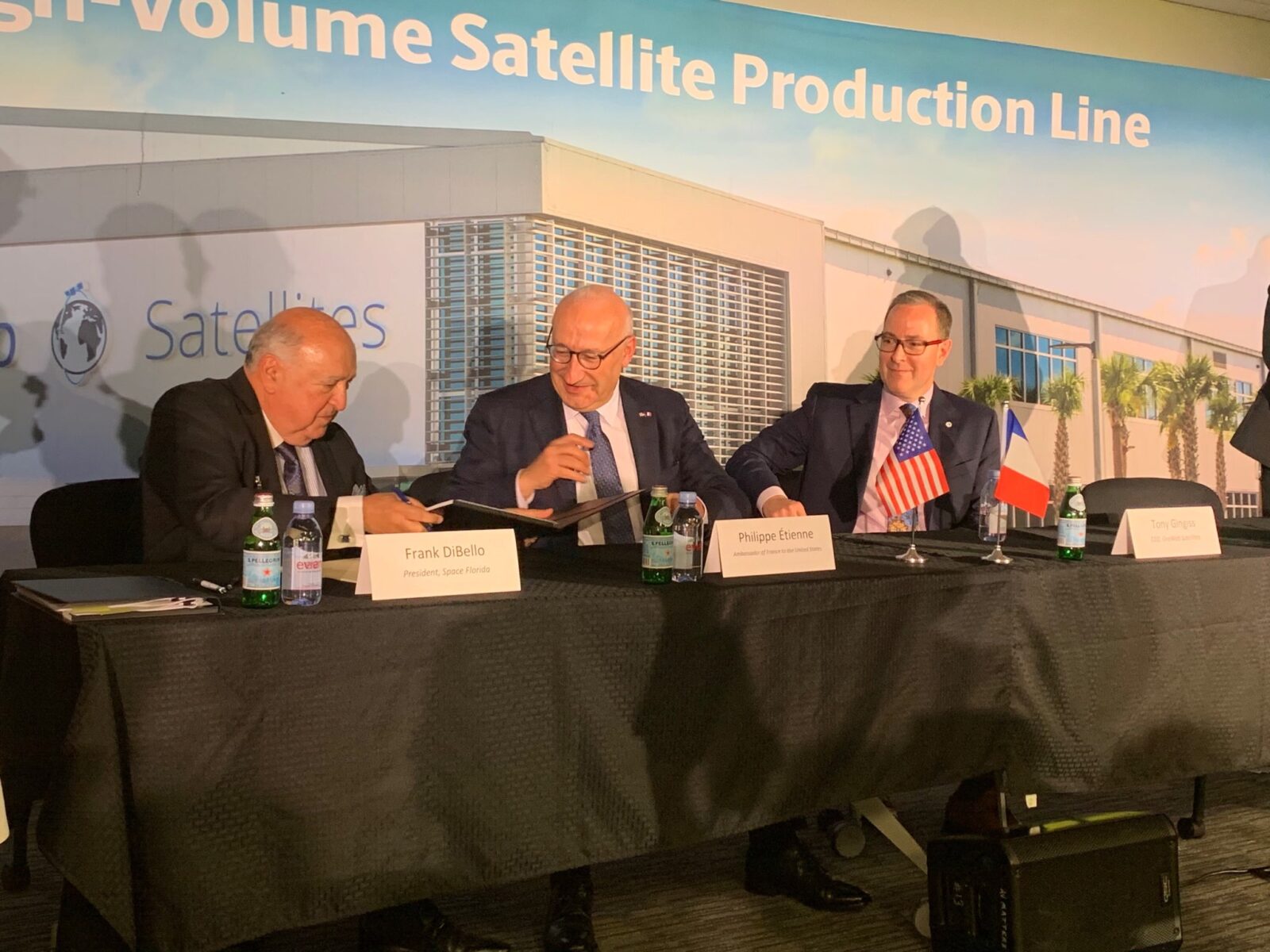 The Florida-France Innovation Partnership will allow for more cooperative partnerships and research opportunities in the aerospace and aviation industries between the State of Florida and the Republic of France. As the official representative of the French Government, Ambassador Philippe Étienne was present at the event to witness the signing between Space Florida and Bpifrance.

Currently, France’s Aerospace, Defense and Space Sectors are prospering, and a new record year has demonstrated significant growth in international exports. Leading this growth is Airbus Defense & Space, which is the largest European Space Company.

“Aerospace trade flows between France and the U.S. accounted for 25.8 bn USD in 2018. As a result, France is the second destination for U.S. aerospace exports and conversely. This cooperation between Space Florida and Bpifrance will foster innovation and further increase the economic ties between our centers of excellence in France and in Florida’s already-thriving aerospace industry” said Ambassador Philippe Etienne.

“This partnership will not only foster better international relationships but also help build our talent pipeline in the Space Coast,” said Tony Gingiss, CEO of OneWeb Satellites. “As an international company with a site in Toulouse, France and here in Merritt Island, OneWeb Satellites is very excited at the research opportunities and look forward to supporting this initiative.”

“On behalf of the State of Florida, Space Florida is pleased to begin a new partnership with Bpifrance,” said Space Florida President and CEO Frank DiBello. “France’s already-thriving aerospace industry indicates that the inaugural year of this program will be quite successful for both the State of Florida and the Republic of France. I would be remiss not to acknowledge the assistance and support provided by the Enterprise Florida International Trade & Development Office, specifically, Enterprise Florida France.” We look forward to the collaborative efforts of participating applicants and awardees as we move forward.”

Following the signing ceremony, the French delegation was given a tour of the OneWeb Satellites high-volume manufacturing facility. 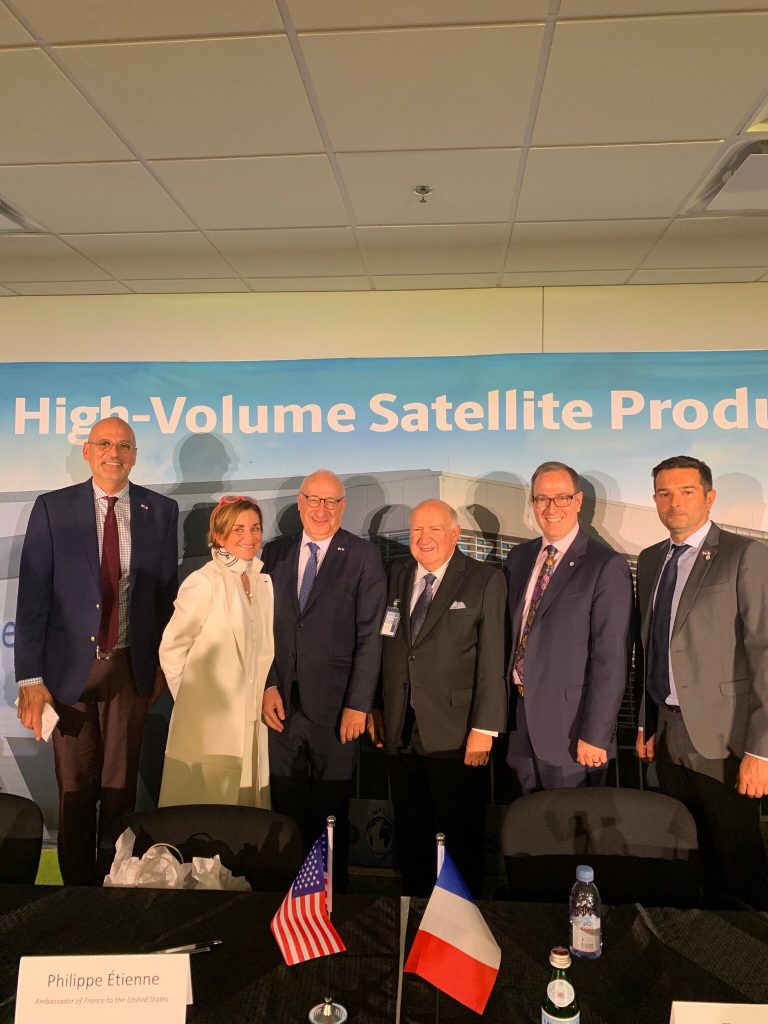 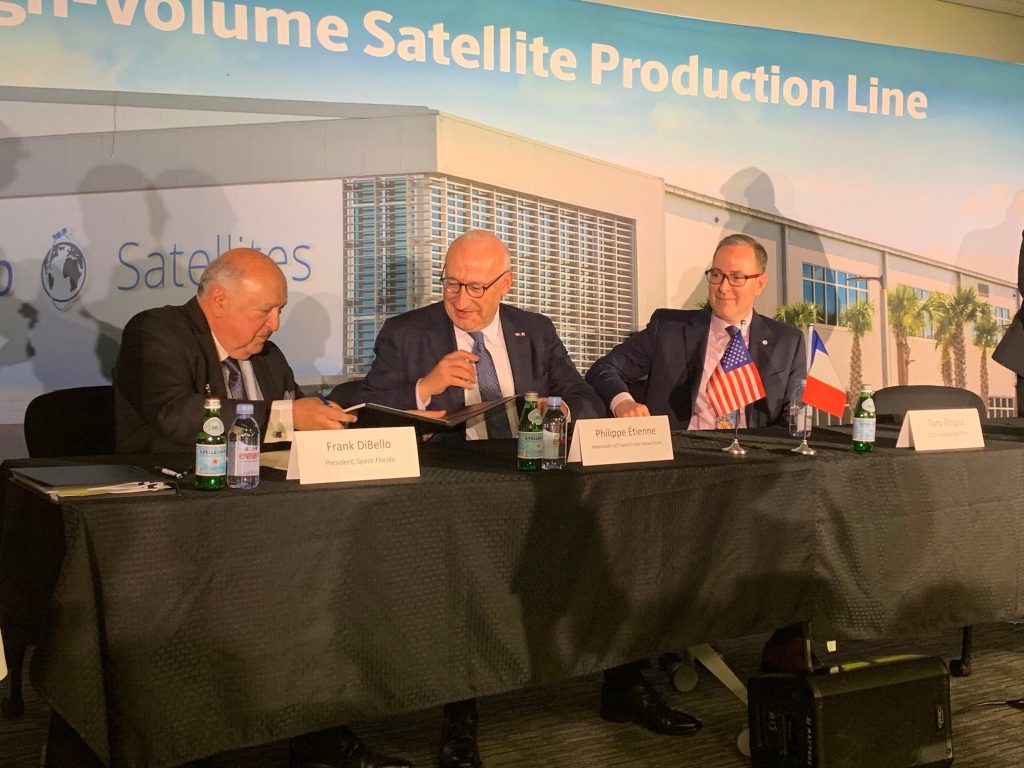 About Bpifrance: Bpifranceis a French government agency that provides financial support to small and medium-sized enterprises as well as facilitating access to banks and equity capital investors.

About OneWeb Satellites: OneWeb Satellites is a joint venture between Airbus and OneWeb that was formed in 2016 to design and manufacture the satellites for the OneWeb constellation. In the process, OneWeb Satellites has revolutionized satellite manufacturing by being the first to utilize commoditization and mass production techniques to dramatically reduce production times and costs. Our mission is not limited to the OneWeb program. Through our partnership with Airbus, we are offering to the market a standardized, mass produced satellite platform and payload interface that can be compatible with many different payloads, providing end-users with dramatic cost savings and opening the door for missions that were previously unthinkable. www.onewebsatellites.com