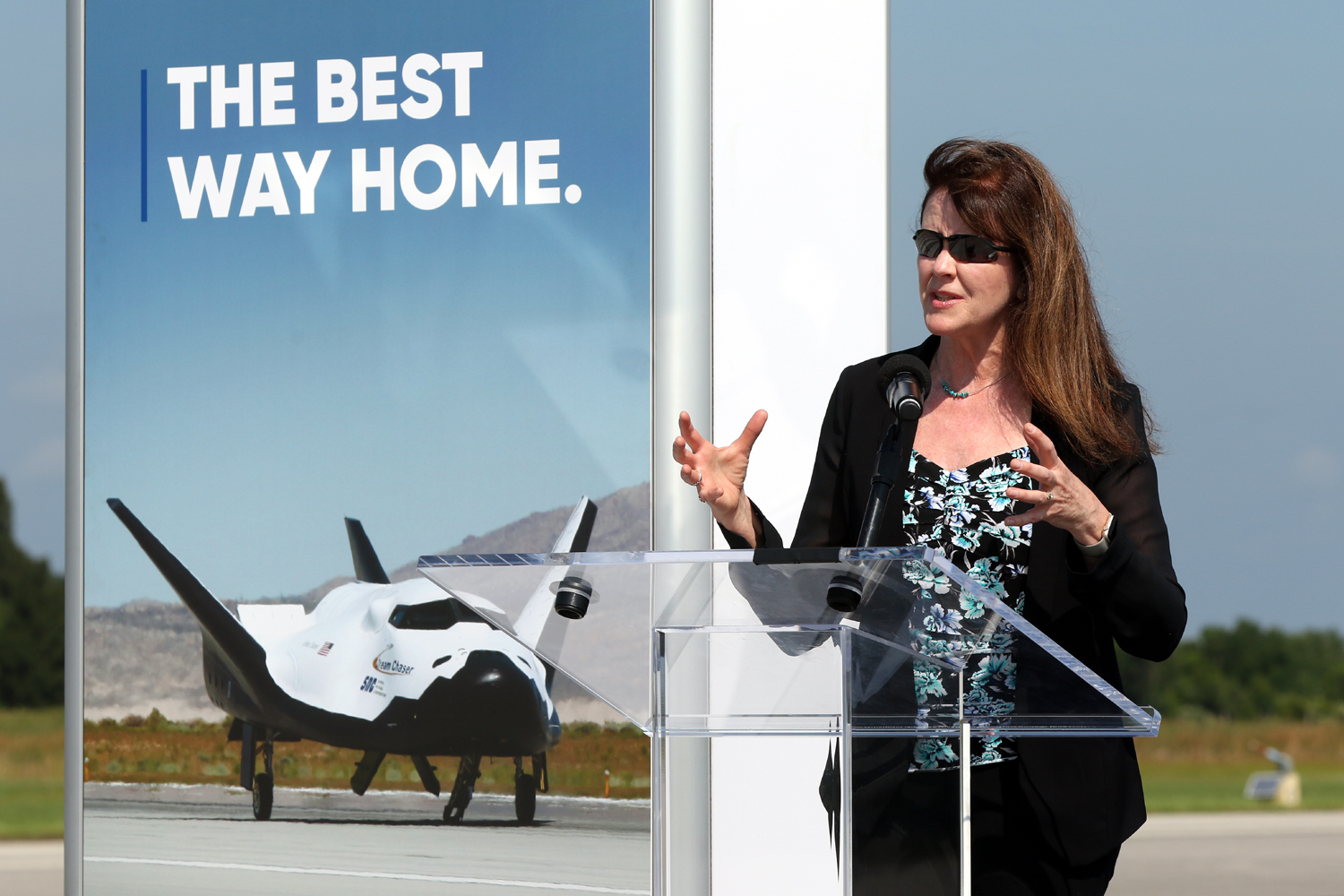 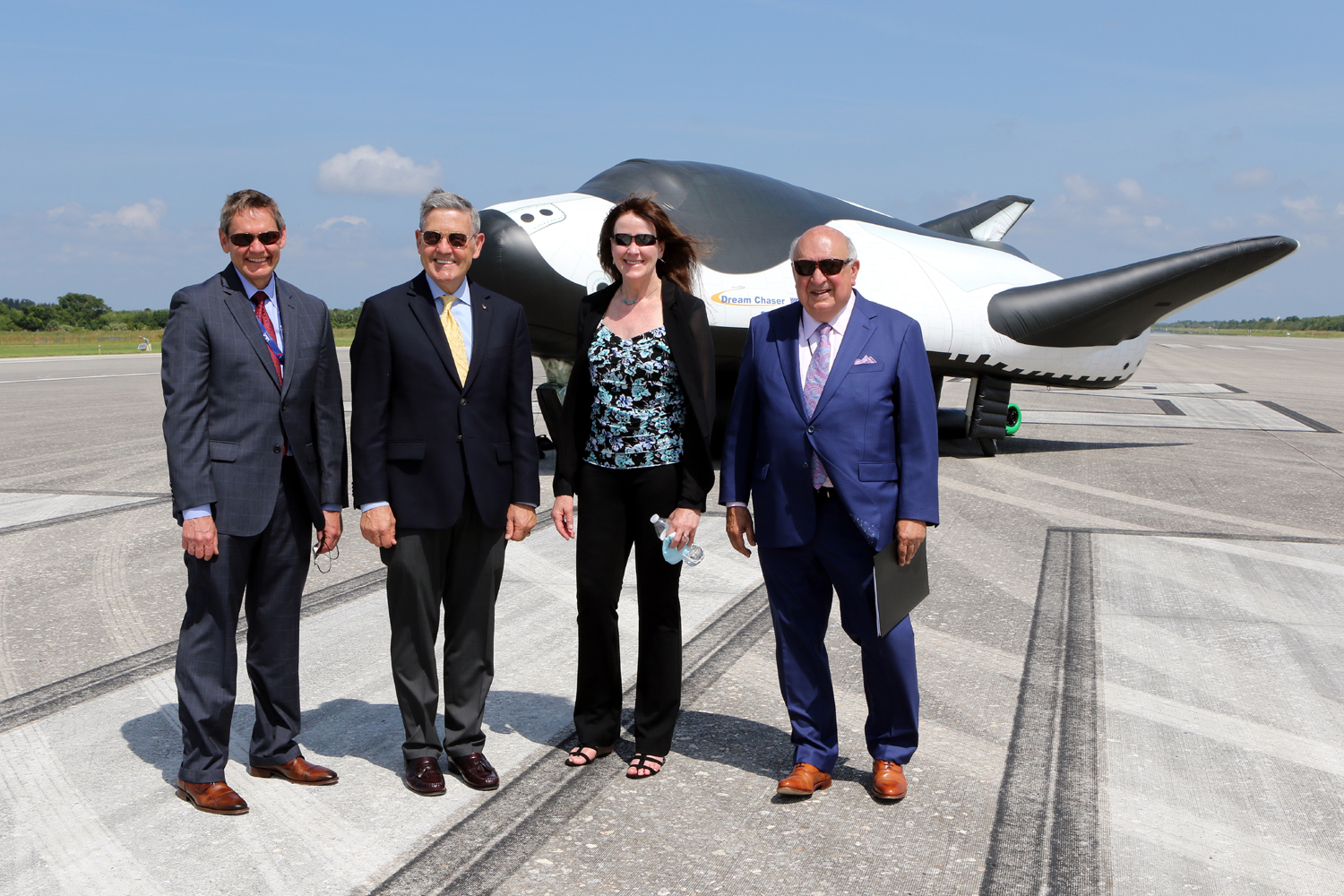 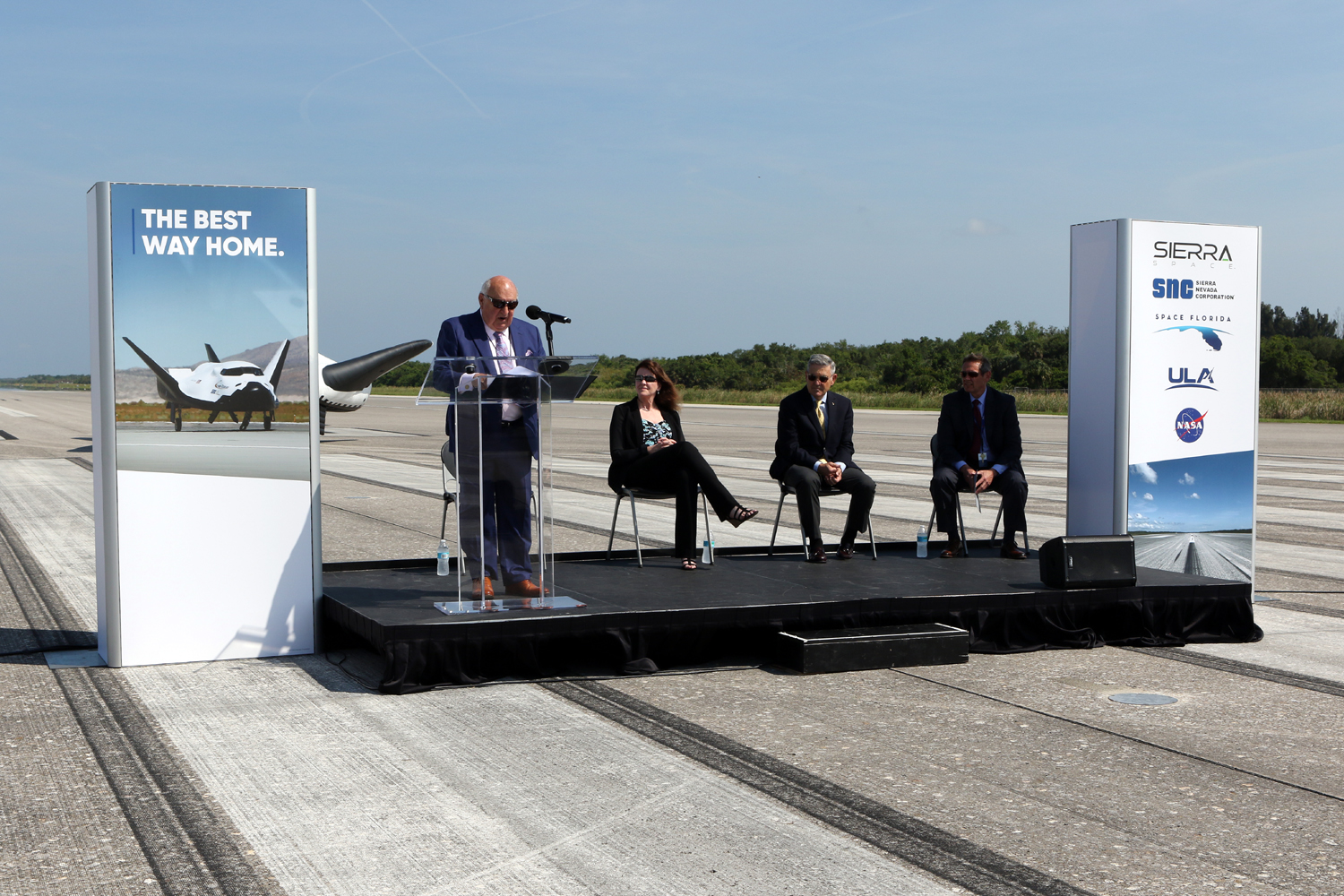 Cape Canaveral Spaceport, Fla. (May 4, 2021) – Today, Space Florida announced it has entered into a Use Agreement for Sierra Nevada Corporation’s (SNC) use of Space Florida’s Launch and Landing Facility (LLF) for reentries of SNC’s Dream Chaser® spaceplane in support of NASA’s Commercial Resupply Services (CRS)-2 contract. The agreement will make LLF the first landing site for Dream Chaser® when it returns from its first NASA mission in late 2022.

The Use Agreement provides SNC use of the runway, support facilities and other services during testing and landing to ensure a safe and successful return of Dream Chaser® and its cargo from the International Space Station (ISS).

Under the CRS-2 contract, Dream Chaser will transport cargo to the ISS and land at the LLF. Dream Chaser® will launch on United Launch Alliance’s (ULA) Vulcan Centaur launch vehicle and can deliver more than 5,400 kilograms of cargo to the ISS. Landings will occur under Space Florida’s FAA Reentry Site Operator License (RSOL) and SNC’s eventual FAA Reentry Operator License (ROL). The Use Agreement makes SNC the first commercial user of Space Florida’s RSOL. This activity expands the Cape Canaveral Spaceport’s capability to support commercial space companies at the world’s premier spaceport.

In addition to the runway, SNC will also use Space Florida’s Reusable Launch Vehicle Hangar, Convoy Vehicle Enclosure, also known as the T-Shelter, and midfield area for pre- and post-landing operations. The runway and these facilities will also be used for a pathfinder test and other test events prior to reentry.

“Space Florida is pleased to announce this partnership with Sierra Nevada Corporation for the return of Dream Chaser® to the Launch and Landing Facility,” said Space Florida President and CEO Frank DiBello. “We look forward to the new capabilities and commercial activity that this use agreement will bring to both the Cape as well as the State of Florida.”

“This is a monumental step for both Dream Chaser® and the future of space travel,” said Fatih Ozmen, SNC’s CEO and owner. “To have a commercial vehicle return from the International Space Station to a runway landing for the first time since NASA’s space shuttle program ended a decade ago will be a truly historic achievement.”

“We’re excited to formally recognize the Launch and Landing Facility as a designated return site for the rapid recovery of International Space Station cargo,” said Bob Cabana, Kennedy Space Center director. “With its first mission, planned for 2022, Sierra Nevada’s Dream Chaser will add an amazing capability to increase the robustness of sustaining the station with supplies, hardware, and experiments for the foreseeable future. It will be a tremendous and visible next step in the commercialization of low Earth orbit as NASA looks toward a sustained human presence in space beyond our home planet.”

Dream Chaser® has the potential to land at any FAA licensed landing site that has a suitable 10,000-foot runway capable of handling a typical commercial jet. In January, Space Florida announced the issuance of its RSOL from the FAA Office of Commercial Space Transportation, making the LLF for first commercial licensed reentry site.

Space Florida and SNC worked closely on the FAA application for the RSOL. The application process included demonstrating through analysis that a reentry vehicle could land at the site while maintaining public safety. The license allows the Cape Canaveral Spaceport to support Dream Chaser® reentries as well as other orbital reentry vehicles.