Space Florida and the Cape Canaveral Spaceport are continuing to be the global leader in enabling space commerce, growing a market that is increasingly shifting from a government sector to a commercial, private sector.

During FY2016, Space Florida announced that Florida is now a central part of OneWeb’s mission to bring affordable internet access to the entire globe. OneWeb has a vision to connect all schools in the world, and the satellites that will make that vision a reality will be built at the Cape Canaveral Spaceport. 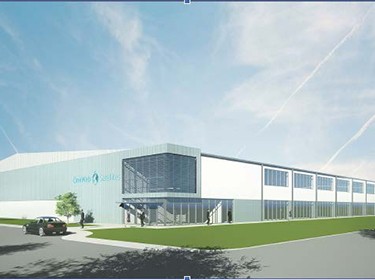 OneWeb Satellites, a joint venture equally owned by OneWeb and Airbus Defence and Space, unveiled its decision to build a state-of-the-art manufacturing facility in Exploration Park. The move will result in the creation of 250 new jobs and a capital investment of $85 million.

Leading a transformational shift in the way that spacecraft are integrated, OneWeb Satellites factory will be the most advanced and highest volume satellite production facility in the world, capable of producing 15 satellites per week at full capacity. Moreover, it will be the only satellite production facility co-located within a spaceport, eliminating the costly time-consuming step of shipping sensitive satellite systems thousands of miles.

OneWeb will deploy an innovative constellation of 900 satellites into medium Earth orbit; this extensive constellation will allow OneWeb to offer high speed internet access anywhere in the world. OneWeb has teamed with recognized commercial brands including Coca-Cola, Virgin Group and Qualcomm in its quest to bring internet access to underserved populations around the world.